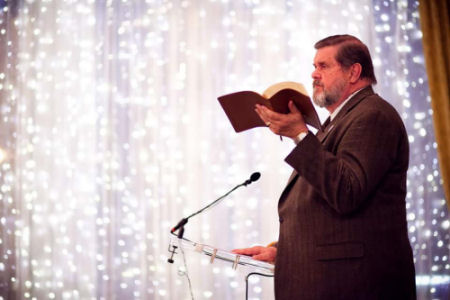 Frank Brito is a Brazilian who is an ordained Presbyterian minister in southern Brazil, as well as being a professional translator. He is strongly committed to translating my five-volume commentary on the Westminster Larger Catechism entitled “Authentic Christianity”, into Brazilian Portuguese. He wants to get it in the hands of Brazilian Christians and for it to be used as a textbook in seminaries. The following article explains why he believes this work is important to the growth of biblical churches in Brazil. From spending hours talking to him, I believe God’s hand is upon him and that he could be used mightily of God to bring Reformation to Brazil. His translation work will require significant financing. If you would like to support this effort, make out a check to Heritage Presbyterian Church, ear-marked for Frank Brito, and send it to Heritage Presbyterian Church, % Tim Renshaw, Heritage Presbyterian Church, 8170 Hurakan Creek Xing, Cumming, GA 30028. If you have any questions, contact me through the Heritage web page. God bless you for your prayerful consideration of this very important project that will help spread biblical teachings throughout the Portuguese speaking world. If you would like to see a sample of Frank’s translation work, go to the Facebook page he created to post quotes from my books and sermons in Portuguese called “Joe Morecraft Brasil” which has already gotten over 18,000 “hits.”

May God receive all the praise and glory.

I would like to describe in more detail some of the reasons for which I see the translation of Authentic Christianity into Brazilian Portuguese is so important to our work. 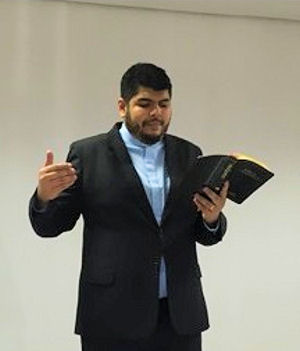 Brazil already has a lot of churches. What we need are biblical churches. “Then he said to his disciples, ‘The harvest is plentiful, but the laborers are few; therefore, pray earnestly to the Lord of the harvest to send out laborers into his harvest.'” (Matthew 9:37-38) What we need to do is to raise an army of preachers in Brazil who will plant biblical churches, prepared to preach biblical doctrines with courage.

“I have written this exposition of the Larger Catechism to glorify God by bearing witness to Biblical Christianity in its purest human expression which I believe the Westminster Standards are. I pray this commentary will be a valuable tool in the hands of my generation and most particularly the ones to come to lay a solid foundation upon which to build their lives, worldviews, raise their families, plant their churches, conquer their cultures with the gospel and carry on the work of the kingdom in their time in history. The lives and worldviews of many Christians today are built on sand; I pray that God would use this commentary to enable them to build their lives, worldviews and hope for the future on the solid bedrock of Scripture.”

I am firmly convinced that Authentic Christianity is indeed a powerful tool for all that is described here. Here are some of the main reasons I see it that way:

I have been convinced that the most appropriate way to learn systematic theology is to learn it in direct association with a specific confessional standard. In his book, Introduction to Systematic Theology, Chapter 1, which is called “The Idea of Systematic Theology“, Cornelius Van Til wrote the following:

“This brings up the question of the relation of systematics to the confessions of the church. Does systematics deal primarily with these confessions? Or should we say that systematics deals primarily with the dogma or truths of Scripture? Basically, there is agreement among all leading Reformed theologians on this point. All agree that the dogmas of the church have been derived from the Scripture. Hence it is true that ultimately systematics seeks to expound the system of truth as given in the Scriptures. It was not until after a great deal of work had been done on the Scriptures by systematic theologians that the church was able to formulate its dogmas. The creeds of the church are, as far as their content are concerned, no more than a systematic statement of the truth of Scripture. They are distinguished from the systematic statement of Scripture given by systematic theology (a) by their brevity, limiting themselves as they do to the most essential matters; and (b) by their authoritative character, since they have been officially accepted as standards by the councils of the church.

Once these standards or dogmas of the church have been accepted, it goes without saying that a theologian who writes a work on systematics will write it in accordance with the interpretation given in those standards. To say that this hampers his freedom is to say that he has not himself freely adopted these creeds as a member of the church. Moreover, to interpret in accordance with these standards does not mean that one ignores the Scriptures. It must be shown over and over again that the standards are based on Scriptures.” (Cornelius Van Til, Introduction to Systematic Theology, “The Idea of Systematic Theology“)

As Cornelius Van Til wrote in what I have quoted above: “It must be shown over and over again that the standards are based on Scriptures.” Authentic Christianity definitely does the job. It is not enough for a preacher to know his confessional standard well. He must be able to defend the confessional doctrines and ethics as thoroughly biblical. One of the worst things for the cause of truth are people who defend it improperly. Many of our beloved Reformed doctrines are rejected today as mere human tradition because there are not enough preachers who will defend them authoritatively from the Bible. Unfortunately, many books on systematic theology are weak on biblical exegesis. Authentic Christianity, on the other hand, directly deals with most (or is it all?) of the biblical verses cited in the Catechism so that the reader is led to fully understand the biblical reasons for each doctrine. We adopt these doctrines not because we romanticize tradition but because they are biblical. This also makes Authentic Christianity unique.

3 – Authentic Christianity is written for the Church, for God’s people, not for an academic elite.

This week I was talking to a friend and he told me about how his wife is having a hard time adapting at the church they are in because their pastor preaches like he’s giving a lecture at the seminary. I suspect that it may have something to do with the way many pastors have been trained. One of the greatest things about Authentic Christianity is that it is written in very pastoral language. I believe the main reason for this is that the content of the book was originally given as sermons to the church. As is said right at the beginning:

“The following chapters were not originally given as lectures in a classroom, but as sermons before a congregation on Sunday evenings. Their primary target is not the intellectual in an academic setting but the Christian man, woman and young person who knows how to read and how to think, and whose ‘delight is in the law of the Lord, and in His Law [they] meditate day and night’ (Psa. 1:2). I have tried to take seriously the implications and hope of Paul’s words in I Corinthians 1:26-29… I seek with this commentary to encourage those labeled by the world as “the foolish,” “the weak,” “the base,” and “the despised” so that they might be more effective in shaming the world’s so-called “wise” and “strong,” that through them, God “might nullify the things that are, that no man should boast before God.””

4 – Authentic Christianity directly links the Westminster Standards to the ethical and cultural concerns of our day.

I consider the Institutes of the Christian Religion to be the greatest non-inspired book of all time. However, it was written in the 16th century and, therefore, does not deal directly with many of the issues we face in the context we live in today. Authentic Christianity not only presents the rich doctrinal and ethical system of the Westminster Standards, but it does so in relation to the great challenges of modern times. For example, in the chapter on the Trinity, Authentic Christianity directly deals with the intellectual influence of beliefs like logical positivism, existentialism, liberation theology and feminism on the doctrine of God.

Contrary to the tendency we find in many Reformed circles today, Authentic Christianity does a great job in demonstrating how Christianity affects and transforms all areas of life:

“The mandates and promises of the Covenant of Life give us a whole and unified world-and-life-view. We become kingdom-centered, rather than exclusively church-centered. The Christian man and woman, as the restored images of God, are to be concerned with all of life on earth, now and forever. There can be no religiously or ethically neutral zones on earth. Faith in and obedience to the Word of God must pervade and dominate everything. God’s all-embracing covenant promises and demands must define the entirety of life in this world for Christian families and churches.” (p. 742)

And it does not talk about world and life view in a vague, undefined manner, as is also common today. Authentic Christianity gives bones to our biblical standards through the specific content of the Westminster Standards.

6 – Authentic Christianity deeply immerses the reader in the history of Church.

It may be possible that almost half of the book was not written by Morecraft himself but by the theologians throughout church history which he quotes extensively. From Athanasius and Augustine to Van Til, Rushdoony and Greg Bahnsen, Authentic Christianity introduces the reader to the greatest minds of Christian history. Authentic Christianity not only helps the reader to be prepared to defend the Christian faith biblically and systematically, but also historically through the great theologians from the Patristic Age, the Reformation, the Covenanters, the Puritans and the Modern Age.

Although Authentic Christianity was published fairly recently, in the 21st century, it’s content and style visibly reflect pastoral maturity and experience. I also believe the reason for this is the context in which it was written: in the space of two decades, in the context of the church, in the exercise of the pastoral office.

These are but a few of the many reasons that could be cited for why I see the translation of Authentic Christianity into Brazilian Portuguese so important to our missionary work. Since we are at the beginning of our endeavors, we must be sure that we lay a solid foundation that will determine whether our work will last and that the quality is enduring. Since I first read Authentic Christianity, I was convinced that it was the tool we need to fulfill 1 Corinthians 3: “For other foundation can no man lay than that is laid.” In the beginning of Authentic Christianity, Pastor Morecraft, you refer to your prayer:

“I pray this commentary will be a valuable tool in the hands of my generation and most particularly the ones to come to lay a solid foundation upon which to build their lives, worldviews, raise their families, plant their churches, conquer their cultures with the gospel and carry on the work of the kingdom in their time in history.”

I believe God will respond to that prayer beyond what you may have imagined. I pray that it will become a tool for all of that through our church in Brazil!

From Friends of Heritage